The Political, Social and Economic Impact of the Versailles Treaty 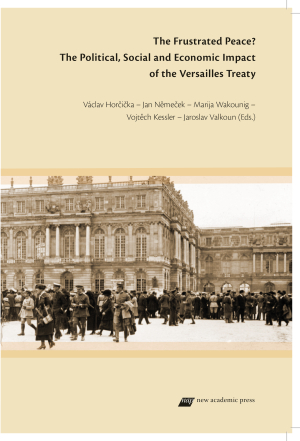 The Paris Peace Conference put the First World War in the past. Signatures of individual peace treaties with defeated countries Germany, Austria, Hungary and their allies Bulgaria and Turkey put an end to one of the cruelest conflicts of all time, which is rightfully often referred to as the Great War. With its multifaceted repercussions, the First World War certainly represented one of the most crucial breaking points in the development of modern Europe. For many countries and nations, it was the actual start of the 20th century. However, it also signaled the end of a fairly brief dominance and the beginning of the fall of the old continent, which was brought forth as a result of the second global conflict, the Cold War between the superpowers, as well as the dissolution of the global empires of the European superpowers. The end of the Great War and its impact, including the unequivocally democratizing and socially revolutionary waves, was an attempt at a new, fundamentally changed organization of international life and its current established order. The Parisian aftermath radically transformed the composition of the face of Europe: as a result of the dissolution of the monarchies – the Ottoman Empire, the German Empire, Tsarist Russia and Austria-Hungary – and laid the foundation for a new European continent, which basically exists to this day in spite of changes caused by the Second World War.