Skip to content
› Gesamtverzeichnis › E-Book › From Protest to Power

From Protest to Power

Autonomist parties and the challenges of representation 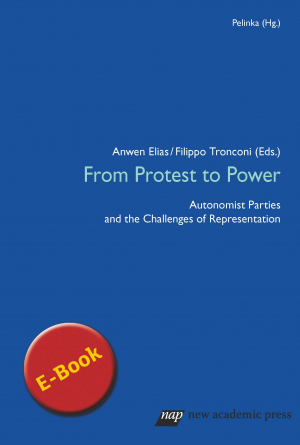 Since the 1960s and 1970s, autonomist parties have experienced unprecedented electoral and political success. Whilst they were often considered outsider parties until a few decades ago, they are now established political actors in many European countries,enjoying significant parliamentary representation and participating in governmental coalitions at regional and national level.
Given the significance of autonomist parties within political systems across Western Europe, an analysis of the ways in which political representation has impacted upon the autonomist party family is long overdue. This volume undertakes such an analysis. Firstly, it maps the ways in which autonomist parties have evolved within their respective political and institutional arenas. Secondly, the volume examines the ways in which entering different electoral settings, such as regional and national parliaments and governments have impacted upon autonomist parties, both in terms of their internal organisation,and the goal that they pursue within different political arenas. Thirdly, the volume addresses the question of the degree to which autonomist parties matter within their respective political systems, in the sense that they have successfully pushed for the territorial reorganisation of the state in a way that increases the autonomy of the minority nation.