Perspectives on the Megacity Mumbai 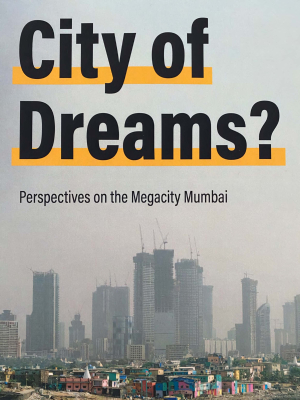 According to World Urbanization Prospects (UNDESA 2013), Asia will add something like 1.4 billion urban citizens by 2050. The same report says that the urban population of India will increase by a whopping 497 million by 2050. It is evident, that more than any other region, Asia will face the most daunting challenges of Urbanisation and demographic shifts in the coming decades. In our interconnected world, it has become necessary to understand the multi-dimensional impact and global ramifications of Urbanisation in Asia in general, and India in particular.

While cities are the great consumers and unprecedented polluters of the world, they are also the centres of creativity and Innovation. These are the places where new ideas of the 21st Century are being created and tested.

It is evident by now, that the future of the planet will be decided by how cities will “behave” today and in the future.

However the three most palpable forces that are transforming the everyday lives of Indian citizens today are urbanization, climate change and the digital revolution. Adding to the trajectories and layers of the pre-colonial and colonial, traditional and modern, pre-industrial and industrial, Eastern and Western concepts of the city, India, like most other countries has added a new layer to the already existing complexities – that of the “smart city”. While easy dichotomies could never define the Indian city, the addition of the new layer of a digitalized city is amplifying the already overwhelming complexity of the conditio urbana of cities of the sub-continent – and that is happening at an unprecedented rate. Inequality, resilience, inclusion, infrastructure, mobility – no discursive flows in urbanism will remain untouched by the technological disruption created through digitalisation.

From both angles, critical or popular, the paradigm of the ’smart city’ begs the question of its significance in a country where half its population lives off 2 – 3 $ /day. What is a smart city for the marginalized? Can it be conceptualized as an inclusive project?

Mumbai is the financial capital of the $ 2.6 trillion economy of India (the fifth largest in the world). Despite its relative wealth, Mumbai has the typical maladies of the megacities of the Global South. Issues of labour market, technological divides, healthcare, education, housing, infrastructure, ethnic and religious diversity, water, energy, food – all create a Cocktail of daunting challenges. The unequal distribution of resources, amenities and space is surely one of its key challenges today. Around 60% of the city’s population lives in slums, squeezed in 8% of the land area.

Despite all the problems, the city is known to have a rather special spirit. Since over a Century, migrants have been Streaming in from all corners of the sub-continent with the hope of a better life.

Mumbai is seen as the most ‘modern’ and also the most ‘westernized’ of Indian cities – rivalled only by Goa and Bangalore (Bengaluru).

Urban development in India currently faces numerous challenges, amongst others socio-spatial polarization, lack of affordable housing, lack of accessible public spaces for all, increase in population, traffic congestion etc. Of course, these trends differ according to place and time, but architects and planners across the world can contribute to a better Organisation of space from which all social groups, particularly the not so well-off and the most vulnerable (urban) dwellers could benefit. In Order to do so they need to acquire a deeper and scientifically based knowledge about the urban fabric, but also about the role of the planner/architect in these different contexts.

The aim of this student’s project, was to reach a broad understanding of the challenges of Urbanisation in Mumbai. We looked at it from the perspectives of economic and policy issues on the macro level – to its challenges on the micro level of streets and neighbourhoods, in formal or informal quarters. We had a special interest for spaces for children’s playgrounds – those spaces forgotten by most planners. Another aim was to understand the importance of urban planning and architecture in shaping the built environments and social spaces of Mumbai, but also their possible contributions to deal with serious social, economic and ecological challenges of the city.
Always cognizant of our limited knowledge and experience of the conditio urbana of cities of the Global South, our students embarked, first on an intellectual journey, then on a physical and emotional journey to Mumbai.
This book is the (one) result of these journeys.

(From the editors‘ foreword)